"We know the solution. 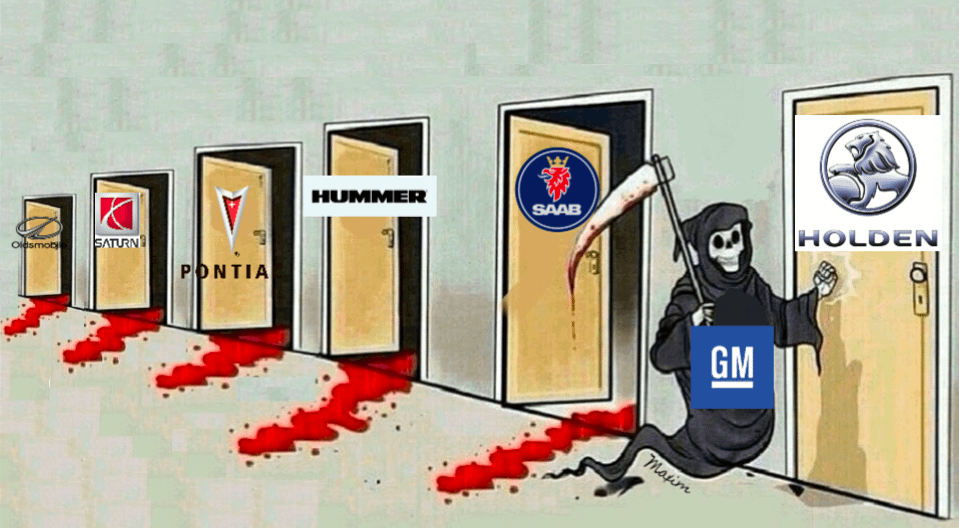 I was looking through forum posts and the Internet where a vehicle forced a person to purchase it, but so far nothing has come up.

BuickGirlFromMars said:
IF you scroll up in this post, You will see the part you zipped over where I told you to have your situation re-evaluated by a competant mechanic the fact you were quoted a discontinued NLA part as necessity to repair in my opinion sounds like a real easy way to avoid a stinker of a job thats dumb or involved or perhaps the labor hours are not well-reflecting OR a shoddy diag with no effort to squeeze the book time out of you without actually having to do any of the work, which is something people who get paid flatrate may do if they are trying to make more money on cars coming in.

Basically, youre trying to dump the car and say bye when its not even in my opinion likely thats even the problem, nay, i am inclined to think its a deliberate lie.(from tech)
Click to expand...

Any human can make a mistake. But what would be their end game to tell me a part is no longer available? They miss out on 10 hours labor and my car doesn't get fixed. The service manager verified the actuator was working, but the door itself was broken. They also have diagnostic equipment like anyone and cannot explain the remote start problem. Car starts just fine with the key, but will not, hot or cold, start using the remote. Just cranks. I know how flatrate works. The guy I raced with for 10 years was a GM mechanic and knew how to cheat the book (but still did quality work). He explained to me it balanced out, because mechanics deal with all kinds of problems they cannot bill extra for like a stripped thread, etc. Now, do I have faith in this place? Actually no. Due to it being cold I let them change the oil in my wife's car and service the tranny. Easy job on a Malibu. No pan to drop, just a square plug., After getting it back the tranny failed within a week. $4800 for a new one. When I went to change the oil, I broke a socket. The idiot must have tightened it to 70 foot lbs. Book is 18. Aluminum pan too. SM apologized and said he cannot keep any help these days. Easier ways to make money. I talked to the Buick dealer right down the road and he had no reason to believe the diagnosis was wrong. That said, when I google the problem, it says a door breaking is very rare, but an actuator failing is not. Either way, it is a 10 hour job due to location. Cars are sold every day with problems. This one may have had that issue when I bought it. It was warm, and I never tried the heat. So I will trade it to a dealer somewhere that will wholesale it to a note toter place (new car dealers never keep cars that are over 5 years old), and hope for the best. Thanks

BuickGirlFromMars said:
"f$%k you pay me" kicks in crotch
makes endless poor decisions in an effort to chase an impossible goal of record high numbers by cutting the corporate ladder where ever they can to sell at scrap price to try and make it up.

philipjackson said:
I replaced all the actuators in my 2007 CXL last year via dash removal. I just followed the process in the manual plus any relevant YouTube videos. Both temp controls actuators were clicking and it wasn't possible to set the air temps correctly.

It would be crazy not to do all of them while you're taking the dash out in my view.

If you had small hands and experience of doing the job a few times - and a custom tool to get the screws out, you *might* be able to do it with the dash still in the car by just removing the glove box etc and the blower motor and just using feel and experience to find the mounting screws. So no harm in asking around if someone can do it for you for a less than the 9+ hours book time.

I had no prior experience of the job, but I found this video helpful just to see what was involved:


Second time around I would stop the strip down at about 4:12 on the video as I found that unbolting the heavy steel tube that supports the weight of the dash from the firewall probably doesn't really improve the access to the actuators and just gives you a really heavy item to try and manhandle inside the car. Once you get the plastic front of the dash and the AC ducts that sit behind it off then I think you should have enough access to reach the actuators.

It's a lot of stuff to remove, but nothing very difficult so just allow plenty of time.

What took me the most time was figuring out how to get a couple of the old actuators removed. There's almost no clearance and the one in yellow in the diagram above is right up against the blower motor fan casing upper shell, which would be a major hassle to remove.

What I did was to modify a ratchet screwdriver (see photos) by grinding down the bit as much as I could so that it could work in the tiny clearance available. It needed to be a ratchet device as I could only get one click's worth of motion each turning cycle. A non ratchet device would have needed 90 degrees turn per cycle and there was nowhere near enough room for that.

I also wanted to do some work installing an aftermarket radio, so doing that work at the same time made sense.

I looked at the bad temperature actuators I replaced and the motors/gears seemed good. So I figured that the problem was probably wear or dirt on the resistance track that the HVAC computer uses to determine the door positions and thus the motor forwards/backwards commands. I presume that condensation from cooling washes crud and worn gear dust onto the carbon film and then the heater bakes it onto the track creating an intermittent connection of strange resistance as the wiper moves through its travel. In any case the fix is to replace the actuator.
Click to expand...

My GF replaced mine on my Impala using a ratchet wheel. Hand held and very short. She did two of the easy ones to get to in about 20 minutes. Bought two off Amazon for $15 each.

GreyGhost1951 said:
You are a riot. Want a newer Buick? It would match your hair. It's that pretty red Tintcoat.
Click to expand...

I am so glad I dont own it. 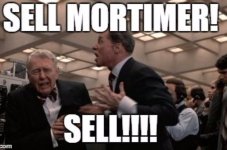