I have a 2019 Regal Sportback 2.0 liter with 25K miles and there was an issue with the transmission today.

We were on a long drive on the interstate and suddenly the RPMs jacked up to about 6,000. It was like the car suddenly switched to neutral. It got itself back in gear and did it several more times before we pulled off the highway. I turned the car off then back on again and the problem seemed to go away, although it did appear to be a little sluggish shifting gears (automatic transmission).

We visited with friends for awhile, then headed back home. This time the problem became more severe. The transmission would slip, almost always between 1st & 2nd gear. This was accompanied by the check engine light being on. We managed to get the car home and I am going to call the dealer tomorrow (Monday).

Has anybody had these types of problems with their Regal?

I've got nothing.. but is yours a FWD or AWD? (determines if you have 8 speed or 9 speed tranny.)

Front wheel drive. The gearshift also has that weird "manual" option where if you pull it to the left you can shift the gears manually.

You are under warranty. Get it to the dealer.

Yeah, fortunately I don't have a lot of miles on it yet, so I'm in good shape there.

But then again, why is the car breaking after only 25K miles?

rjw said:
Yeah, fortunately I don't have a lot of miles on it yet, so I'm in good shape there.

But then again, why is the car breaking after only 25K miles?
Click to expand...

To answer the various questions:
- Yes, I checked the NHTSA website. There were no recalls for my VIN# or for my Year/Make/Model.
- Yes, I bought the car new.
- There is no way to check the AT fluid levels in this car. There is no dipstick. The user manual says it is a complex operation and you would need to contact the dealer.

So, I just got back from the dealer. They have to replace the transmission! So I am pretty pissed off at this time. One one hand, I'm getting a new tranny! But on the other, I'm having to replace a tranny on a car with only 25 K miles!

I'm trying to see the positives in this and there are two I can think of:

1 - That little girl from the dealership that emails me every two weeks asking if I want to trade in my car will probably not be bothering me anymore.

2 - When they gave me a courtesy car they noticed my license expired 5 months ago. The DMV never notified me. They still let me take the courtesy car, so I drove it straight to the DMV. The funny/sad part is I got pulled over by a Sheriffs Deputy 2 months ago and he did not notice the expired license.

GM has had some teething problems with the new 9 speed front wheel drive transmissions. It sounds like GM is no longer having the dealers rebuild the 9 speeds and instead are having them replaced. I'm guessing some engineering revisions were made, or else GM just really wants the old transmissions back to inspect them.

This article isn't applicable to the exact model transmission in your car, but it highlights some of what GM has been seeing.
9 Speed Replacement Program

rjw said:
There is no way to check the AT fluid levels in this car. There is no dipstick. The user manual says it is a complex operation and you would need to contact the dealer.
Click to expand...

Correct, there's no dipstick but there is a fluid level plug on the side of the trans. Similar to the oil level plugs on a truck differential. Here's a pic: 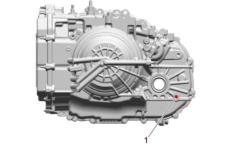 Picture source (Note: the article is for the 9T65 not the 9T50, but they are functionally the same): Repair or Replace? New Program Identifies 9T65 Transmission Replacements – TechLink

Thanks for that info jmlo96, that might explain a few things.

Where do you buy accessories for your Buick? Right here in the forum store! --> [CLICK HERE] <--
Looking to update and upgrade your Buick luxury automobile? Look no further than right here in our own forum store - where orders are shipped immediately!

Had the exact same issue in May .It happened about 6 1/2 hours into 8 hour trip car had 17,000 miles at that time
-Now 2 months later after rebuild I notice the car kind of Shutters between 2nd to 3rd shift or 3rd to 4th -Will be heading back to dealer soon.
-Here is the write up from service 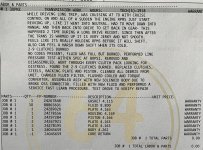 "FLUID WAS FULL BUT BURNED"

That's not great... I am sure the service guys were making fun of me for having ALL fluids in the powertrain replaced at 1,000 miles, but I wanted it done anyway. I wanted to check the health of the system and remove any solid remnants from the break in. Everything checked out ok but I was happy I had it done.

Regarding the shudders, I had my service manager ask me if I ever noticed a harsh shift into 2nd. That had me concerned but I haven't had it happen to me. I guess it's been an issue across the newer transmissions. FWIW, my service manager works on the Cadillac side so those are the vehicles he sees most.

Dogditcher, sorry to hear about all the trouble you had. So, they rebuilt your tranny and not a complete replacement of tranny?

They are going to replace mine, so I'm hoping that will work out better than a rebuild.

Well, the happy day has finally arrived. My Regal went in the shop on August 3rd, I finally got it back yesterday, September 15th! In the meantime I beat the hell out of their courtesy car!

Here is what they found - "Fluid had a burnt odor, Torque converter was overheated, Pump Body bushings and mating surface on Turbine Shaft were damaged, heat damage to 3-8 and 2-9 clutch plates. Unable to determine cause of failure, opened TAC case 9-6881695571. TAC recommended unit replacement".

So far so good <fingers crossed>

So what did they give you as a courtesy car?

2021 Buick Encore. It was loaded with a bunch of features, but it was just too small and there was a lot on engine noise. I put over 2,500 miles on that sucker.