has anyone been able to find out the complete engine specs for the new 1.2 1.3 engines? GM seems to be keeping them a secret
sure would like to know

thank you for that i was looking for things like compression ratio, firing order, direct injection type.
GM has not published any info that i can find

thanks everyone for replies i am looking for the new 3cyl 1.2 1.3 engines in the encore gx 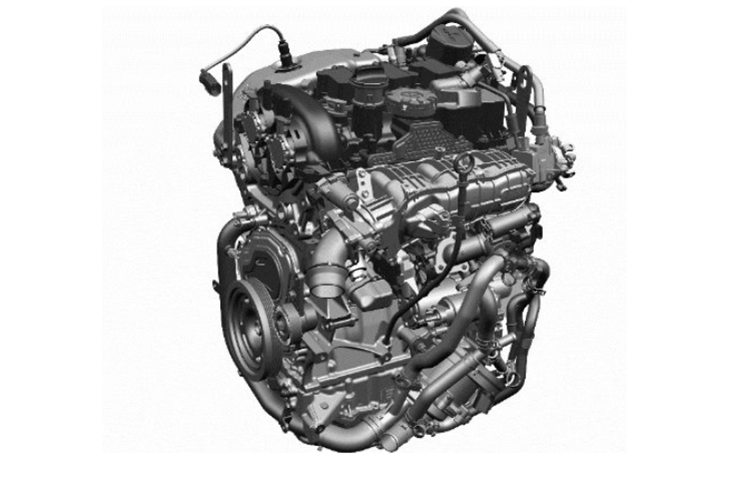 It features many of the same structural elements of the new 1.2L engine, including an aluminum alloy engine block and cylinder head as well as cast aluminum pistons.

The lubrication system includes a continuously variable oil pump, an oil filter bypass valve, and an oil heat exchanger, which is mounted to the lower right side of the engine. The lower oil pan is made of plastic and is attached at the engine block lower structural extension. The oil pan must not be used for lifting the engine, as noted by the icon on the pan. (Fig. 15) These oil pans are equipped with M5 jackscrews for easy removal. Once properly cleaned, the oil pan is reusable. 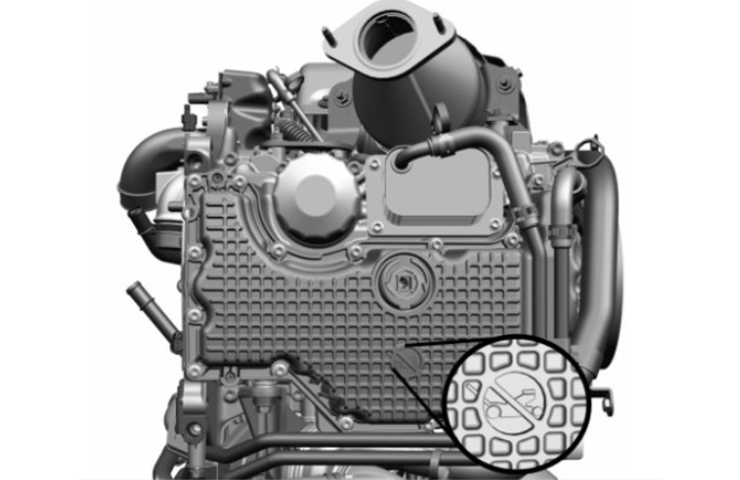 The cooling system on the cylinder set strategy engine is called active thermal management and is used to control the coolant temperature. (Fig. 16) The system helps the engine and transmission warm up in order to reach its optimal temperature more quickly. Likewise, this system cools the engine and transmission when necessary for high power operation. 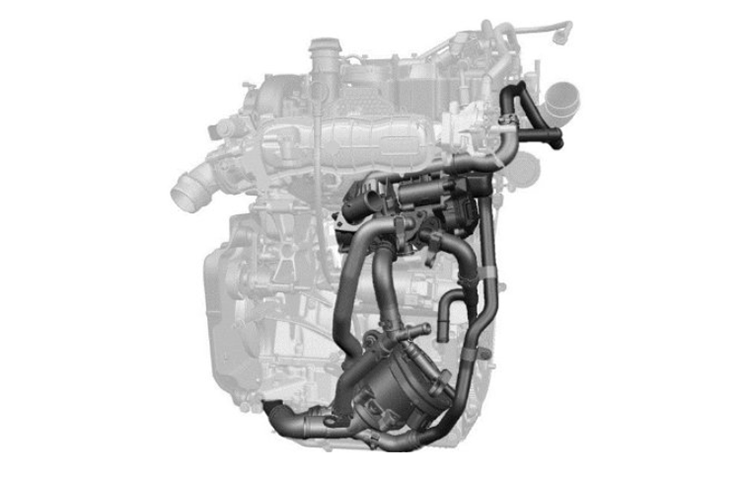 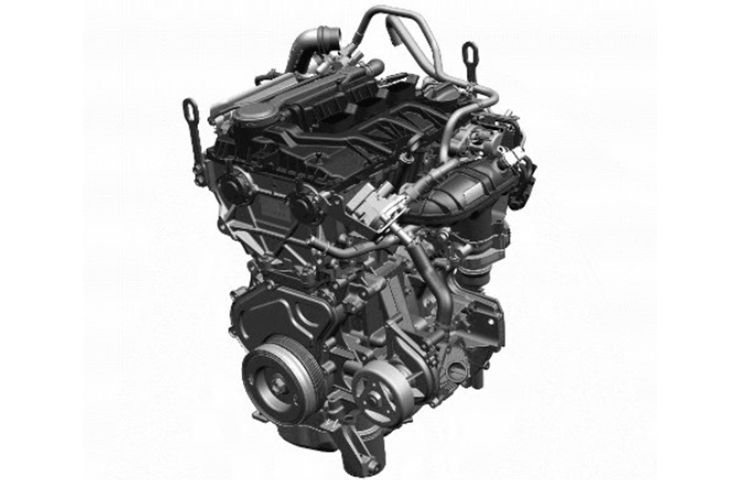 The cylinder head is a dual overhead camshaft design made of cast aluminum alloy. Its combustion chamber contains four valves per cylinder.

The engine has two camshafts, one for the intake valves and another one for the exhaust valves. The camshafts are driven using a Belt-in-Oil system. This system reduces noise and friction compared to timing chains and dry belt systems. Both the timing belt and the oil drive belt have a change interval of 150,000 miles (240,000 km) or 15 years.

The aluminum alloy engine cylinder block is made by high pressure die casting with three cast-in-place iron cylinder liners. (Fig. 12) Of the four crankshaft bearings, the thrust bearing is located on the third bearing from the front of the engine. A lower structural extension forms the lower portion of the crankcase to promote cylinder block rigidity and reduce engine noise and vibration. 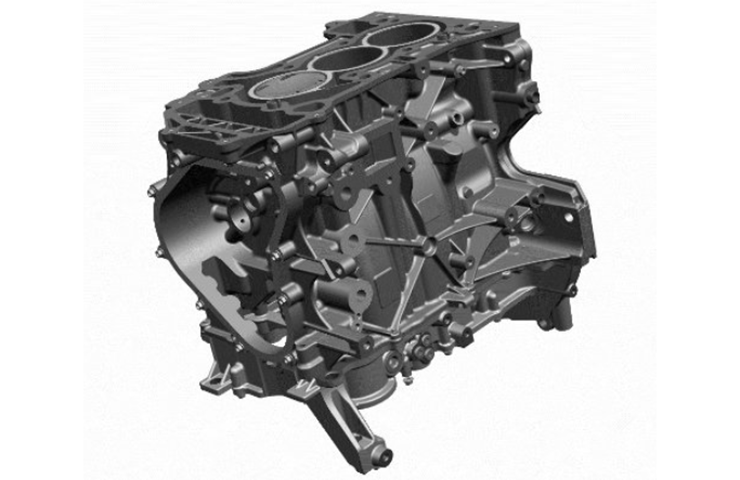 The cast aluminum pistons are a lightweight and low-friction design with a recessed top and a barrel-shaped, graphite-coated skirt. The pistons use two compression rings and one oil control ring assembly. The chromium steel pins are designed to be full-floating and must be serviced with the pistons as an assembly.

The oil cooler heat exchanger is mounted to the lower left side of the engine, on the coolant pump housing, and is used to cool the engine oil.

And as you can see here a lot is yet to be determined (TBD) at least you know it is direct injection.

Again Hi. i found it. this engine came out of euro design. Puretech 3 cyl by PSA.
first brought out in 2015 when PSA and GM were still partners.
found all the specs on that site.
GM will make changes of course but still same engine. thanks